This video portrait of the painter Margaret Kelley was filmed in association with two exhibitions of her large-scaled paintings which took place between 2014-2015. This portrait, which was sponsored by the Worpswede Museum Association, shows insights into her exhibitions in the museum, the Grosser Kunstschau in Worpswede, the Art Foundation Friedrich Netzel and into the studio of the artist, an Art Nouveau Industrial building in Bremen. 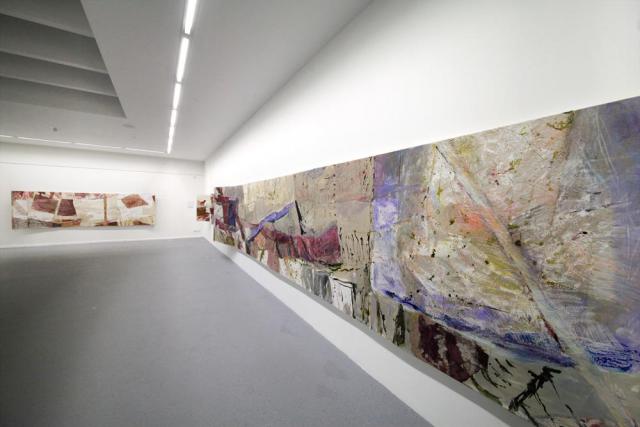 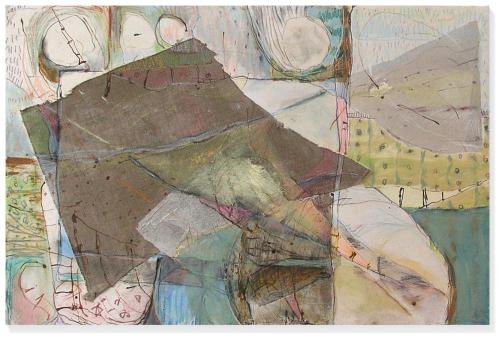 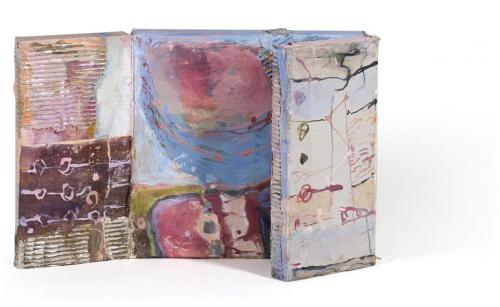 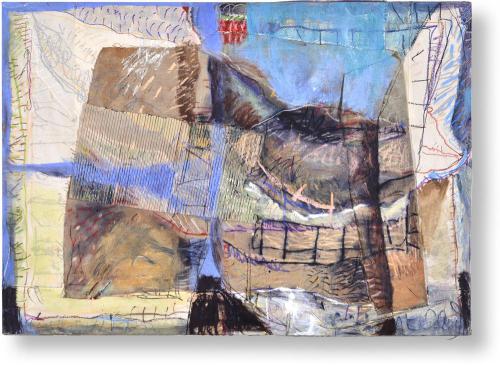 open by appointment only

An American in Northern Germany 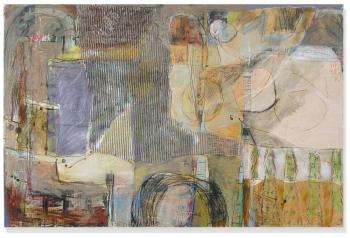 The Meadow and the Circle, 2006,
Collage, Ink, Oil, Canvasbox, 150x100cm
An American in northern Germany: about experiences across borders and cultures; the language of color, sensations and truth; the direction and development of life; existence and and how it could be; about the burden and the void.

Margaret Kelley is an important painter of northern Germany. For over twenty years she has lived and worked in Worpswede and Bremen. In this period of time she has created a spectacular body of work in which her individualistic color-field painting and personal language of marks forge the immediacy of the USA's Abstract Expressionism with the emotional depth of Europe's Art Informel.

Margaret Kelley grew up in a doctor's family of six children in Los Angeles, California. Life appeared well-ordered and the American belief in self-determination seemed confirmed. Not however for M. Kelley: she distrusted all outward appearances and searched for another reality than the so-called real one--a reality which would cast the question about truth for the first time. How could word and picture be true in consideration of all that which exists and perpetually changes? And can truth be grasped pictorially at all? These questions marked the course of her development and laid the groundwork for her artistic purpose.

In the year 1979 she received a Rotary Graduate Fellowship, a privately funded academic grant. Through this she came to Germany in order to continue her studies of art, which she had begun in California, at the Academy of Fine Arts in Munich. She returned to the USA in 1985 to fulfill the requirements for a Master of Fine Art at the California University at Long Beach under the direction of John Lincoln, an artist renown for his mastery of line.

Margaret Kelley returned to Los Angeles in 1987 to work for months on a monumental commission. The 240 foot painting describes a journey (Out of the Shadow into the Light of L.A.) as a continous controversy in a shadowland with grey contours. This grew into a dialogue between the past and the present, free-will and predetermination and also between German and American mentalities and their realities.

In 1991 Margaret Kelley returned to Germany and accepted a grant as an artist-in-residence in Worpswede. A new chapter began: in the isolation of her studio with the view of the dismal moorland she conjured this leap as a leap of faith. The situation of a life which has no reference to a constant truth is extremely precarious. The movement between highs and lows, between crises and harmony has turned Margaret Kelley into a painter who invests herself totally. Her work is without incompleteness, without a single concession.